Power to Our Communities – How do we support young people who are organising for the futures they deserve?

Home / Insights / Power to Our Communities – How do we support young people who are organising for the futures they deserve?
14/09/2020InsightsCatherine Capsey

Political interest amongst 16–34 year olds is at a 14 year high and shows no signs of dissipating. Who can blame them? Whilst the media may dismiss them as a homogenous group of millennials and Gen Zers, they’re the people that are facing the biggest consequences of climate change, stigma around identity, economic uncertainty, perpetually low interest rates, no savings, unaffordable housing, geopolitical risk, and a never-ending list on top of those. And now they have to deal with a pandemic that is hurtling through the dreams they had hoped for, whilst they are not given any say into how all of this can be dealt with. It’s hardly unsurprising that there is a real energy amongst a generation ready to fight for what they deserve. Most impressively, they are going about it in a way where they treat each other as equals, collaborate where needed, use all the digital tools available to them, and make people take notice.

So, why are we not harnessing this creativity and energy more? Why do we hold a torch up to prolific activists like Greta Thunberg but we rarely talk about Sam or Meera down the road? So much of what we do to create impact, whether as a charity, social enterprise, local authority, or as a public sector body, is driven by a wish to bring about a future that’s better for people and society. However, if we are striving for that future then surely we should be listening to the very people that will live in it? If we go ahead and create a world that we understand based on our experiences and biases, aren’t we ignoring the hopes, fears, and ambitions of the generation that it impacts the most? What can we do to give them the support they need as they organise for the futures they deserve?

5 pillars of support that we’re all responsible for
After talking to young people and really looking at why this huge piece of the puzzle is missing, we mapped out 5 key pillars that are key to ensuring we do this properly — and do it in a way that we don’t dilute young peoples’ experiences, voices, hopes, or passion, and instead we create an inclusive system that gives them a real say. We’ve not gone into too much detail— we don’t have all the answers but do we want to have this conversation and hear how we can all do this, and of course, what you may already be doing?

1. Recruit young trustees
We need representation right up top from young trustees but less than 3% of trustees are under 30. Luckily someone is doing something about it — led by Mita Desai at the Social Change Agency, the Young Trustees Movement is a movement taking a systemic approach with young people and other stakeholders to build a movement of young trustees under 30. Governance absolutely has to represent the future and the Young Trustees Movement is making it easy for all of us to make that happen. Imagine what impact would look like if every single organisation working on positive change had a fair representation of young people having a say in key decisions? They’d show us out of the maze so much faster. 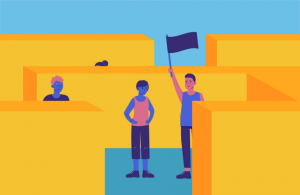 2. Create power for young people
Let’s find ways to give power to young people, they will use it responsibly and make it count. A lot of this comes down to empathetic funding that allows them to accelerate that potential. Earlier this summer, the Blagrave Trust and the Centre for Knowledge Equity worked with some incredible young people — Daze Aghaji, Chloe Deakin, and Jovan Nepaul, to design a brand new fund for young people. The result? The Challenge and Change Fund — a new initiative designed by young people for young people, with Daze, Chloe and Jovan having a say in the assessment of the applications too. 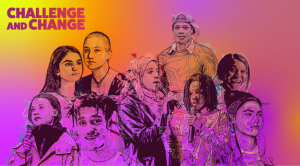 We love the utter commitment to making this happen:

“History illuminates the capacity and courage of young people to drive change, but for far too long their ideas have been restricted or constrained. Power is often held by adult-led initiatives that end up speaking on their behalf or controlling or leading their ideas. This fund wants to change that and move power and resources to young people. This moment in time, which will go down in history, once again shows young people bringing social, economic, and climate injustices to the consciousness of adults who have been too slow to act.”

Challenge and Change is the first of its kind and although a small pilot, young people have loved it because it allowed them to apply in a way that didn’t make them compromise on their visions, and gave them hope. The applications received showed that young people were concerned about challenging and changing things that were very different to what a fund run by adults would have expected — the applicants realities around identity, community, health, opportunities — all of that might have been missed under a more traditional fund. From what we know, the first cohort of funded young people have been given their good news and we’re very excited to see who they are and what they’re doing. Most of all, we hope this becomes a model for other funders to share and give power.

3. Support the sharing of wisdom
Communities have always found ways for intergenerational exchange between the elders and young people, with both learning from each other and crucially, experienced wisdom being passed on to passionate vision. How can we support intergenerational sharing and mentorship? Feels like a good place to start would be a programme that finds ways to pair young people with retired people in towns up and down the UK? Supported by local authorities, charities, community leaders, this could become a foundation for resilience in so many areas and with a way to organise this information, it could be shared far wider.

4. Give young people our platforms
This generation has had over a decade of chaos to deal with, from the financial crash to the pandemic now. Life is not the same as it was and we have to remember that. The worry of spending almost two-thirds of your salary on rent, the reality of never being able to afford a deposit, the stress of a constantly changing employment market, the ever impending reality of climate change, it all just adds up. They deserve a platform to deal with this, and yet very often they have to go it alone because not enough organisations share their platform with them. We all have an audience, how can we leverage that so that their name, their work, their ideas, and their visions are seen and heard by people who believe in us?

Do you know what they do?

These are all prolific young activists who are making such a difference in causes that they care about, and there are so many more like them. However, they rarely get platformed. What if we all gave them our platforms? What if they became paid advisors to our organisations? What would stop this from happening? 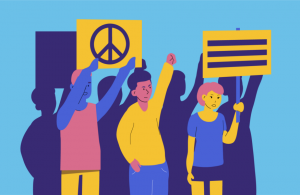 5. Give them credit, always
Ideas flow upwards and young people miss out on getting the credit for them. We need to find ways of not only rewarding ideas but also attributing them to people. Search on Google Images for ‘Youth activists in the UK’ — you will find people you may not have heard of but you may have heard their ideas. We need to find ways to not only attribute ideas to those that thought of them but also to reward them for them. Imagine if every annual impact report had a “Future” section that credited young people who were working on the cause being reported on? Imagine if every press request about the future of a cause was routed through to young people who were leading out there? Imagine if fundraising supported those young people to do their work and in turn impacted the causes we care about? Imagine the progress?

These are just five areas where we can all start to make a difference for a generation that will create the progress that the world so needs. Tell us what you think?