Power To Our Communities – How can we truly listen to, nurture and collaborate with citizen imaginations?

Home / Insights / Power To Our Communities – How can we truly listen to, nurture and collaborate with citizen imaginations?
07/09/2020InsightsCatherine Capsey

At any one point in time millions of people in local communities across the UK are all imagining a future they want to see and live in. At the same time, ambitious local authorities have been finding ways to build local capacity, champion co-production, and share power with citizens and neighbourhoods. Whilst that open-innovation approach has been picking up speed over the last decade in areas like Liverpool, Cornwall, Derbyshire, Monmouthshire, Wigan and many more, it now feels like the time to go even further — to work out ways of weaving together everyday spaces where anyone with an idea can feel their imaginations are not only listened to but also enabled. In doing so we can in turn open innovation from a programmatic approach into a culture.

This is so important right now in the way that behaviours have changed over the last six months — there is a very real possibility that people will permanently continue to work from home or in their local area rather than commuting into cities. This is fundamentally going to mean that local citizens will care even more about the area they spend most of their time in, and more serendipity will occur as people increasingly bump into each other. A trip to the local shop to get milk could result in a conversation that inspires the entire week. There is a big opportunity to enable and harness that energy to build resilient communities where dreams and understanding flow throughout every interaction. And it’s not just about harnessing the imaginations that already exist but creating an environment where imaginations can be born.

When people and their dreams flourish
Even before the pandemic struck, some of the most ambitiously brilliant missions were already showing how it is possible to enable communities to shape the future they want and need.

When Immy Kaur, Nikki Bi and team founded Civic Square in Birmingham, it was based on years of deep thinking, dedicated experimenting, and thoughtful community building. Their bold leadership and determination have turned their imagination into action — they’re creating a long-term neighbourhood platform where people can come together, organise, and grow collective resilience. This is through a public square, a neighbourhood lab, a creative and participatory platform, all focused on regenerative civic and social infrastructure. In a relatively short space of time they’ve launched The Front Room as the home for the first phase of Civic Square and the Department of Dreams to invest in “the dream matter — the artists, writers, designers, dreamers and creative visionaries — those who dare to dream up bold new futures for humanity, and have the capacity to stretch our imaginations further than we ever thought possible”. Civic Square’s vision is just full of exactly the kind of hope we all need.

Another example of this sort of groundbreaking hope is Tessy Britton and team’s Participatory City. Based in Barking and Dagenham, they build networks of friendships and wants to co-create the first large scale, fully inclusive, practical participatory ecosystem. Have a watch of what they do and be ready to be inspired.

And whilst they are both excellent examples of place-based missions, there are also those who have been building capacity and infrastructure to enable skills and confidence. Two that inspire me greatly are Fab Labs and Act Build Change.

Fab Labs came out of MIT and has turned into a global movement of open-source places where communities can join to experiment and tinker with technology. Every area in the UK should have a Fab Lab — it’s priceless at encouraging play, creativity, learning and mentoring.

Stephanie Leonard’s Act Build Change was created on one belief — people want to act but they don’t necessarily have the training and support they need to bring about that change. Act Build Change enables them to do exactly that. Imagine if every local authority worked with them to train and support changemakers in the local community?

All of these missions should be supported but remember, they all grew out of the minds of citizens who thought “Why can’t we?” and then persisted. In those stories and journeys are the tinder that will ignite positive and hopeful fires in the minds of many.

So how can we find more like them, connect them to others like them, amplify their audaciousness, and enable decentralised possibilities?

Spaces become a flow of ideas, connections, and friendships
Why can’t we find ways to work with those who run community spaces that are frequently visited by local people? By working with them, they can be utilised as spaces for sharing imagination and building connection. Cinemas could use minimal demand time slots to give a platform for local filmmakers or people to talk about their ideas. GP surgeries could use their waiting rooms as a place where people from all walks of life can see each other’s ideas — it can start off simply as a pinboard of dreams that people can contribute to and at some point they can flick through an anthology of local imaginations instead of a table full of old magazines. Supermarkets could allow performance groups to use their car park on Sunday evenings. Charity shops could be used as storytelling spaces where wisdom and understanding can be exchanged between the young and the elderly. Local shops could use their community knowledge to connect up different people with similar ideas. Parks could be used for learning skills rather than just physical activity. 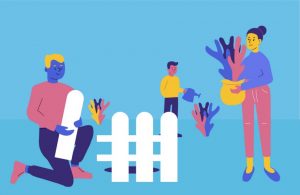 The more you utilise these spaces in new ways the more useful they become as conduits to foster community resilience; Every single space could become a flow of ideas, connections, and friendships. So, the first step in this journey is to draw up a map of every public and private space in a community and then work out what is possible in each of them.

Once you’ve unlocked the potential of each space, you can start to make sense of all the ideas; people working in local authority community teams could be trained to be imagination scouts. As they go about their work, they could capture stories and cross-pollinate ideas across key areas so that the right people end up talking to each other to take things forward. (Maybe we can learn something from the way Local Area Coordinators operate for this part?).

As this happens, you start to build up a picture of who is thinking about what in your local area, and you can start to nurture activities that foster bonds between likely collaborators. The more this happens, the more they themselves start to scout and build more bonds. By doing it this way you don’t co-opt ideas, you don’t retain power, and most importantly, you build understanding and trust.

What if every area had an Experimentation Fund?
The good news is that a lot of it is about coordinating a flow of communication and collaboration between various actors and spaces in the local environment — it doesn’t need funding; it needs focused effort and sharing of responsibilities. However, there is funding needed specifically for people to try out their ideas. 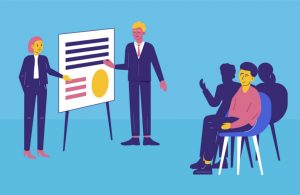 Traditionally, local authorities have had innovation funds that provide grants to charities that work in the area but this funding approach can only go so far, and it probably cannot fund a cohort of experiments led by citizens. So, what if each local authority had an experimentation fund that was co-invested into by themselves, local businesses, local people, and most importantly entities that benefit from a resilient community — namely property developers, big businesses, and even landlords. Rather than being a fund that creates financial returns, it would be a crowd-sourced fund that invests into community resilience and pays off through that outcome becoming a reality.

Everyone benefits from a thriving community. This seed-fund would then catalyse ideas that showed potential, and they would then become investable at scale through partnerships and other equitable funding structures — but it’s core use would very quickly turn imagination into experimentation.

You don’t need huge projects, you just need to start with a way for communities to come together to tackle the biggest problems that matter to their lives, so that individual dreams become collective possibilities. We have to find ways to create a supportive culture of experimentation and do it all without co-opting or diluting the mission and visions of citizens.

It all feels like we have to make it happen and it all feels doable doesn’t it?

Maybe you’re a local authority that’s already doing all of this? Maybe you are now at the start of the journey and want to give it a go? We would love to hear from you.